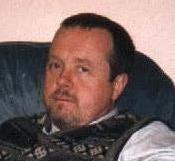 Note: Either either Javascript or a style sheet has failed. The page should be readable, but layout will be spoiled. Usual cause will be an out of date browser.

These lead methods which are taken from Rosler and Ruben's book - cited below. The  following is just an excerpt, and corresponds to what a pair playing Journalist leads might have to disclose to opponents. If you want the Whole Henry you should buy the book. I found it a bit on the dull side and over-stuffed with examples to prove straighforward points.

Such padding seems to be a common US bridge literary style and I suspect they might have written the same book using half the paper! One could pick a few deals where Journalist leads are worse (the authors don't), but on balance I like them. Unfortunately my main partner doesn't.

I have been interested in the method for many years but not really tried it until the late 90's. When I searched the Web and the ACLB library I couldn't find anything - so I did my own page.

The term Journalist seems to stem from a series of articles in the respected Bridge Journal in the USA. However one reader of this page, Bill Hayes of Canada, was stimulated to Email me

While these leads were popularised by the Bridge Journal in the Sixties {Jan & Oct 1964 v NT; 1965 v suits, Ed} they were in essence described much earlier by Helge Vinje of the Oslo Academic Bridge Club. See for instance:

I understand that Rosler and Rubens were unaware of these earlier Scandinavian ideas when publishing their own book (and obviously at the time of the earlier Bridge Journal articles). There is however much parallel evolution of ideas. Warning: the Vinje/Reese book is pretty stolid too!

Journalist against no trump contracts

This is the key advance in the Journalist system. You have to rein back your old this is what I've got attitude of standard lead systems and ask rather - What signal do I want from partner? Within this concept you use the following system:

Note that with touching honours there is always a strong (signal asking) or nondescript lead, and you can often take your pick (even telling lies if appropriate)! The Journalist 3rd and 5th leads are important giving rapid count. There are some special cases:

Against a suit contract the system is much more simple. Use third and fifth or Rusimov (Roman) leads from honour sequences. So an honour lead always promises the card above. Ace demands a count echo as usual

This makes the three from Q832 ambiguous, so you agree the amplify the signal leading the second highest from four for this purpose 2-9 are all termed as small cards. Generally this gives partner an immediate count which the authors consider more useful than attitude ie. low from Qxx(x)